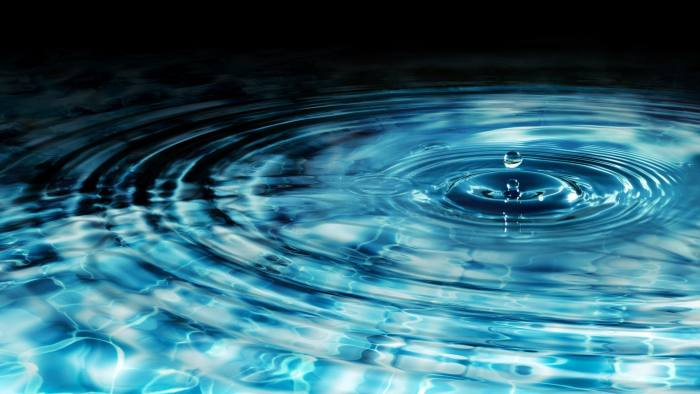 Water: Petroleum for the next century? by Amedeo Musini

Water: Petroleum for the next century? by Amedeo Musini

Water: Petroleum for the next century?

In 2017, an industrialized city was on the verge of declaring a water shut-down for the first time in human history. Decades of wasteful water practices, followed by an abnormally dry summer, caused the dams supplying water to Cape Town’s residents to reach troublingly low levels. While Capetonians lined up every day to gather water for their daily needs, the rest of the world continued its wasteful practices.

Defined by Goldman Sachs as the petroleum for the next century, the ongoing mismanagement and careless misuse of water has transformed a once-abundant resource into a valuable commodity. Private companies have started purchasing water sources and water processing plants to profit from what the United Nations has recognised as a universal human right.

What is causing the shortage?

The amount of water in the world is finite. 70% of water is sourced for agricultural use, 22% for industrial use and 8% for personal use. When discussing water shortages, we are referring to that 8% and its failure to satisfy humanities’ requirements for drinking, cooking and cleaning.

The Western Cape Water Supply System (WCWSS) is dependent on good rainfall to replenish the city’s dams. However, the apparent threat of climate change has had a detrimental effect on the city’s main water system. In 2015, Cape Town experienced a 2-year drought, which lasted until 2017. The last known record of a comparable event was in 1933. Following the report of critically low water levels in the dams, in October 2017 Cape Town announced the countdown to “Day Zero”; the day the city’s taps would run dry and water consumption would be rationed. The population of Cape Town has increased by 71% in the past 20 years. In the face of rapid urbanisation, water management practices associated with constructions have not changed nearly enough to curb its impact on water usage. Just as Cape Town found itself on the verge of a catastrophic water shortage, other highly populated cities around the world such as Sao Paolo, Melbourne, Beijing and Mexico City are facing the possibility of worsening droughts and low water supplies due to climate change.

However, it is not just historically water stressed regions that are at risk of water shortages. Fourteen of the world’s 20 megacities are now experiencing water scarcity or drought conditions. As many as four billion people already live in regions that experience severe water stress for at least one month of the year, according to a 2016 study in the journal Science Advances. Nearly half of those people live in India and China. With populations rising, these stresses will only increase. Disaster data compiled by the U.N. clearly shows floods are also getting worse. They are happening more frequently, especially in coastal regions and river valleys, and affecting more people.

For example, too much water too fast was California’s most recent water problem. Rapid population growth, building on floodplains or low-lying coastal regions, and climate change are the biggest reasons why flooding is affecting more people and causing ever greater damage.

How to move towards sustainable water management?

One way to move towards a more sustainable water management would be to raise awareness of the true value of water. For example, the water flow that goes into the manufacturing of materials for constructions, and water used during the construction process of a building, referred to as “virtual water” is rarely considered.

This lack of awareness of the ‘true value of water’ is not only at the individual level, it is first and foremost an issue for companies. For example, for many companies, water is as critical to their business growth as a skilled workforce. But while it is straightforward for a finance director to factor these types of business necessities in a company’s growth models, water dependency rarely appears in the financial models of companies or investors. Until now. New tools are helping businesses and investors to look at water differently, by valuing the risk of water scarcity in monetary terms.

When considering water management for buildings, sustainability tool guides concentrate on the installation of water-efficient toilets and of meters to monitor consumption, identifying and fixing pipe leaks and harvesting rainwater. These techniques prove effective in reducing the building’s water consumption and raising awareness on the issue. However, achieving sustainable water management must involve all stages of a building’s lifecycle. From the extraction and processing of its raw materials, to its distribution, assembly, use and final demolition or refurbishment, water and virtual water usage should be monitored, analysed, and reduced where possible. A wholly sustainable approach to water usage may therefore encompass tool guides, which help gather this information and analyse overall water usage in a building’s lifecycle.

Sustainability organizations around the world, such as BREEAM and LEED, are adopting similar – albeit voluntary - methodologies to address water efficiency in buildings. By monitoring water usage, installing water efficient equipment and implementing leak detection systems, buildings develop a water efficient strategy. These are just some of the first steps landlords can take to start understanding and addressing their water consumption. Such practices can go a long way in alleviating some of the water shortages experienced in cities such as Cape Town, and other water stressed areas of the world. However, more macro-level solutions are required to effectively stave off an impending global water crisis.

In California, seasonal droughts caused decades of water shortages. Rapid urbanisation – the population increased by 22% from 1990 to 2017 - forced San Francisco to issue a decree mandating the implementation of water recycling systems for all new buildings bigger than 23,000 m2[i]. Greywater and rainwater must be gathered on-site, treated, and then used for flushing toilets and irrigation.

Other cities are starting to acknowledge that natural infrastructure can represent a more secure and economic form of water supply. New York City invests around $100 million annually in protecting its upstate watershed, which supplies approximately 1.4 billion gallons of water to the city, while avoiding the cost of a filtration plant. In the wake of Hurricane Sandy, the city’s forested watershed provided clean, gravity-fed water without interruption in service. Philadephia and Sao Paolo, have since invested in similar systems.

Much in the way in which the oil shocks of the 1970s intensified global efforts to improve energy efficiency, the hope is that out of these catastrophic water shortages can emerge a more sustainable approach to water management. When Cape Town announced how close “Day Zero” was, people’s behaviour towards water-use changed drastically. Private and public sectors were forced to revise their habits to save water and ultimately, managed to delay Day Zero indefinitely. By rightfully valuing water and reducing its wasteful usage, a global Day Zero can be prevented.